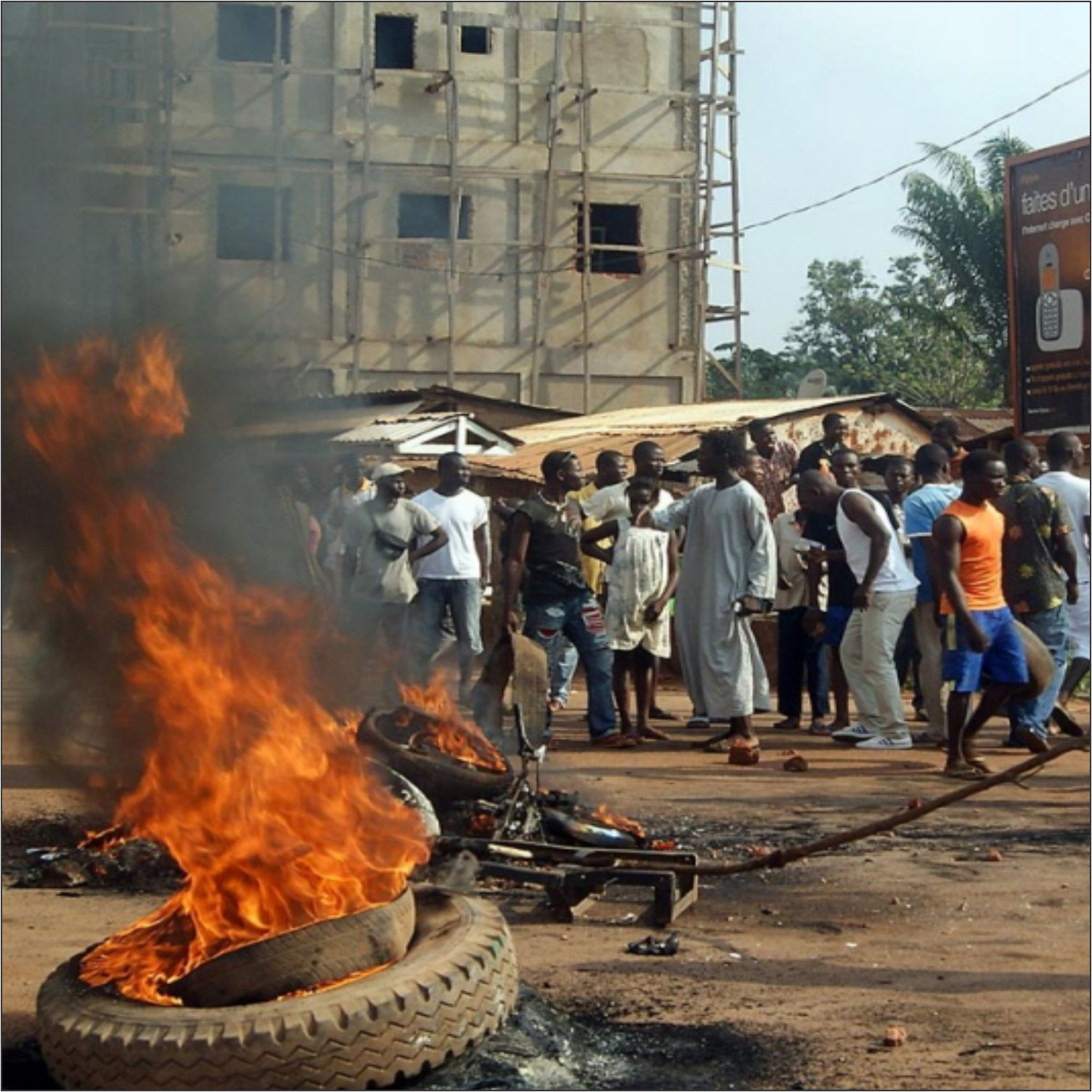 AVOIDING VIOLENCE DURING AND AFTER ELECTION

Over the past few years, large-scale violence has been reported during elections in Africa. A recent study using data from more than 50 African elections from 2011 to 2017, showed that almost all these elections had cases of electoral
violence at some stage of the poll (Kewir et Gabriel 2018). The risk of violence is especially evident when incumbents propose referenda or parliamentary votes to change the constitution in a bid to extend their presidential terms, as was the case in Burkina Faso 2014 and Burundi 2015. Beyond the relatively few cases that make it to the international
headlines, many countries experience an ‘everyday’ kind of electoral violence: low-scale but pervasive and typically occurring long before election day, between electoral cycles, and in local elections far away from the international
spotlight.

Electoral violence is not limited to general and national elections. In Sierra Leone and Nigeria, for example, several parliamentary by-elections at constituency level have generated high levels of violence, intimidation and insecurity, as the main political parties compete to hold ground and make territorial in-roads in preparation for the next round of national elections.

Another arena for electoral violence, not usually depicted in scholarly literature, is intra-party politics. Party members are involved in a constant struggle to create and maintain the connections that will ensure their progress up the party ladder. This struggle often intensifies around transition times. In the absence of clear succession plans, this can result in vicious intimidation and violent attacks. For instance, in Burundi, violence that broke out in connection to elections in 2015 was preceded by a longer period of intra-party tensions and attacks on individuals within the ruling party.

Beyond physical violence, violent discourse can be effective in mobilising political campaigns, especially in political environments coloured by ethnic and regional stereotypes and a previous history of conflict. In the 2012 general
election campaign in Sierra Leone, supporters of the opposition presidential candidate, Julius Maada Bio, called him ‘the Tormentora reference to his past as member of the military junta that overthrew the government. Sometimes, words are unnecessary to evoke memories of a violent past. During protests
in 2015 in Burundi, members of the ruling party’s youth militia were heard outside public radio station Radio Publique Africaine (RPA), widely known for its critical opinions of the government, popping balloons to resemble the sounds of gunshots. 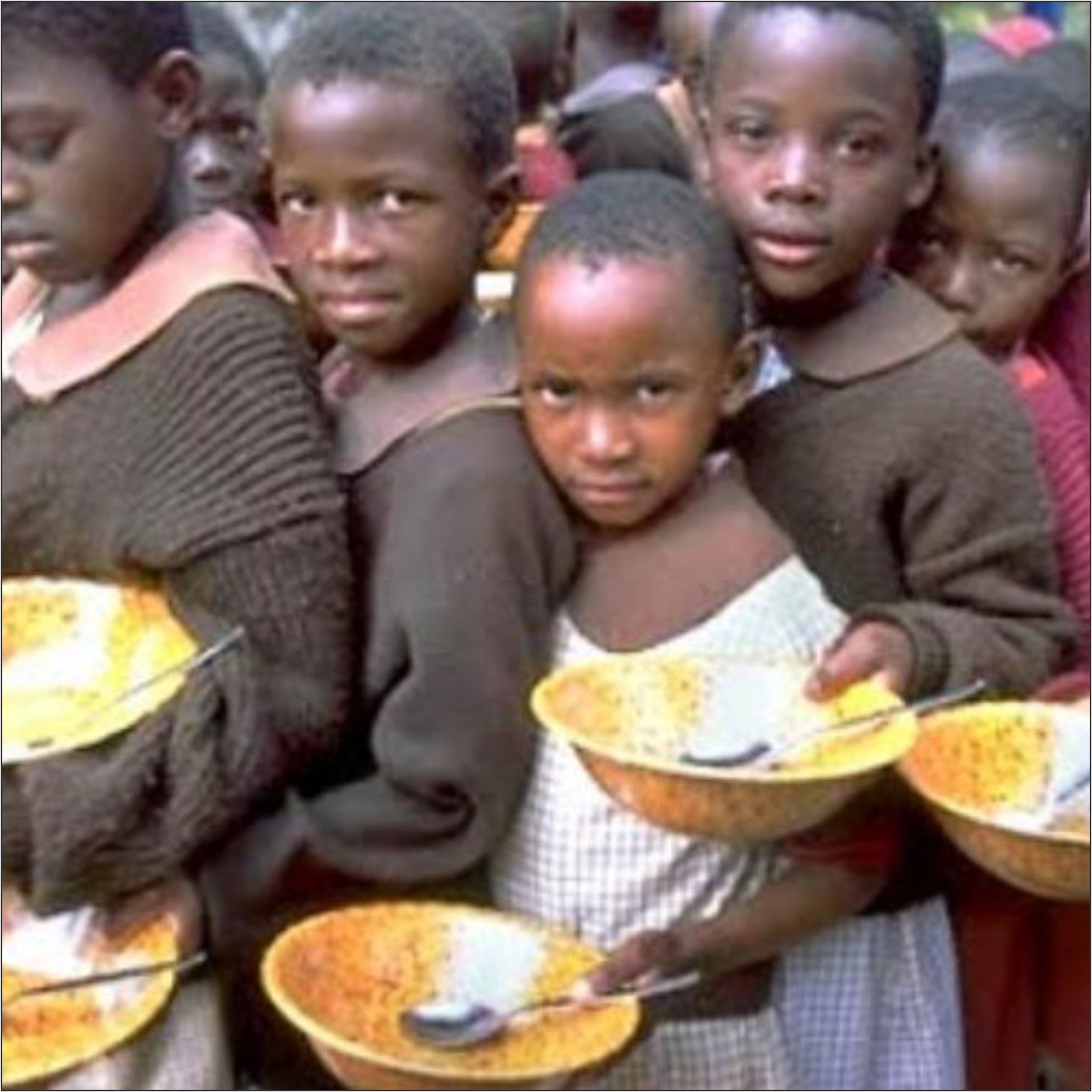 Hunger crises are escalating at several hot spots: in four countries – three in Africa and one in the Middle East – a total of 20 million people plus, including countless children, are at risk of starvation. These four crisis areas, all suffering from the consequences of armed conflict, are:

Nigeria: The terror unleashed by Boko Haram militants triggered a mass exodus in northeastern Nigeria. When the Nigerian
army recaptured the area in 2016, the scale of the refugee and hunger crisis became apparent.
Somalia: Located in the Horn of Africa, Somalia is marked by decades of civil war and anarchy. Now Somalia has been hit by
a devastating drought and related famine. This is even more drastic than the 2011-2012 famine
South Sudan: In the north of South Sudan, famine prevails: on February 2, 2017, the United Nations officially proclaimed a
hunger emergency. The country’s civil war, which has been raging for years, leaves fields fallow and blocks aid deliveries.
Yemen: The “poor house” of the Arab world is the only non-African country that is currently threatened by a famine. Since
2015, Yemen has been shaken by a civil war. Hunger is used as a weapon against the civilian population.

Is the little one too thin? One third of children in Africa suffer from the consequences of chronic malnutrition.
Sylvain CherkaouiIn addition, people in many African countries have recently been suffering from the effects of the weather phenomenon, droughts or torrential rains destroy crops, kill cattle and lead to starvation.

Kindly visit the link below for more news 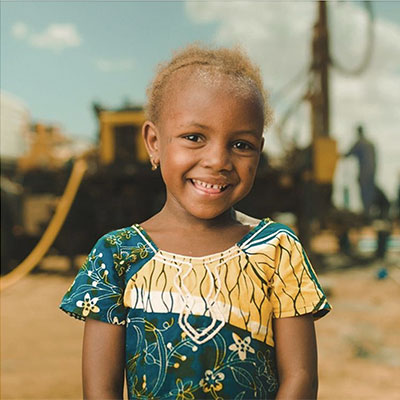 VIOLENCE AGAINST CHILDREN IN AFRICA

African children are the future of the continent, and national investments to ensure their health and education are prioritized. Yet the high rates of violence that many children experience are causing lasting physical, mental and
emotional harm and jeopardizing their ability to become social, responsible and productive members of society.

Violence is a daily reality for many children and includes physical, sexual and emotional abuse. In the most severe cases it can result in early death. Many children experience repeated and multiple forms of violence, most often by people they are close to and in places where they should feel safe – at home, in their communities and in schools. In many disadvantaged, and especially urban communities, children lack opportunities and safe spaces to learn, play and just be kids.

Exposure to violence during childhood impacts on children’s health, well-being and academic performance. It also contributes to wider acceptance and normalization of violence in families and communities, thus reinforcing inter-generational cycles of poverty, inequality and violence.

Violence against children also has financial implications for countries and the continent of Africa. It contributes to loss of productivity, disability and decreased quality of life – while at the same time incurring high costs for law enforcement and health systems – all of which impact on national economic growth. In 2015, the estimated cost of violence to African economy was over $238 billion.

Unless African Countries curb the current levels of violence against children and ensures their protection, it will be
difficult to harness the full development potential of its younger generations.

Kindly visit the link below for more news